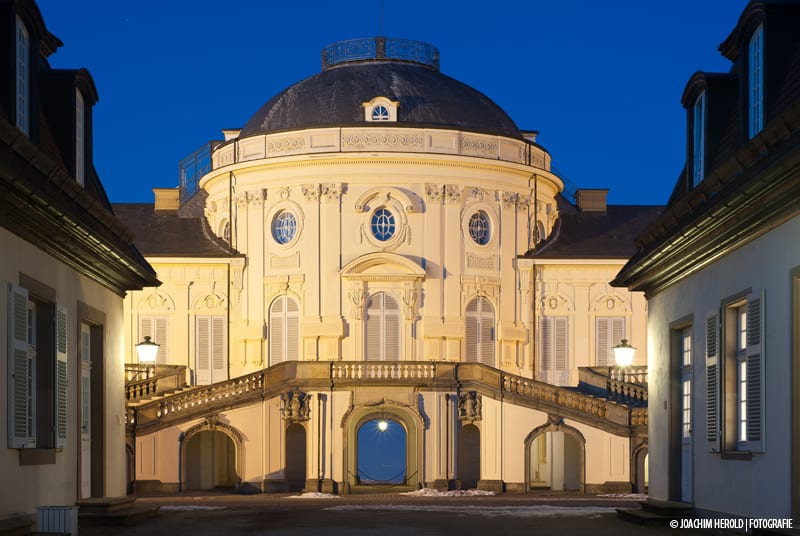 A fresh and cold wind blows across the hills in the southwest of Stuttgart. It’s a Thursday night and besides me only a few people here who are on the go. The whole day had already been beautiful weather and I just had to go and take pictures get fancy. Actually I had more people and crowds expected, but it was probably too cold.

Solitude Castle is the hunting castle and representation of the Duke Carl Eugen of Württemberg. He had it built by Johann Friedrich Weyhing and Philippe de La Guêpière in the years between 1763-1769. From its headquarters, the Royal Palace in Ludwigsburg, it is only about 13 kilometers away. About the so-called Solitudeallee that was created straight from 1764 to 1768, both Schösser are interconnected. Since represent was very expensive and the cost is too high for maintenance of the system, it only took a few years to 1775 and from then wannte you from the Solitude and so on orphaned and fell into it. Between 1770 and 1775, the military and Academy of Art was here, at the Friedrich Schiller also studied. It was only in the 1970s, the system was extensively renovated and secured so the receipt. 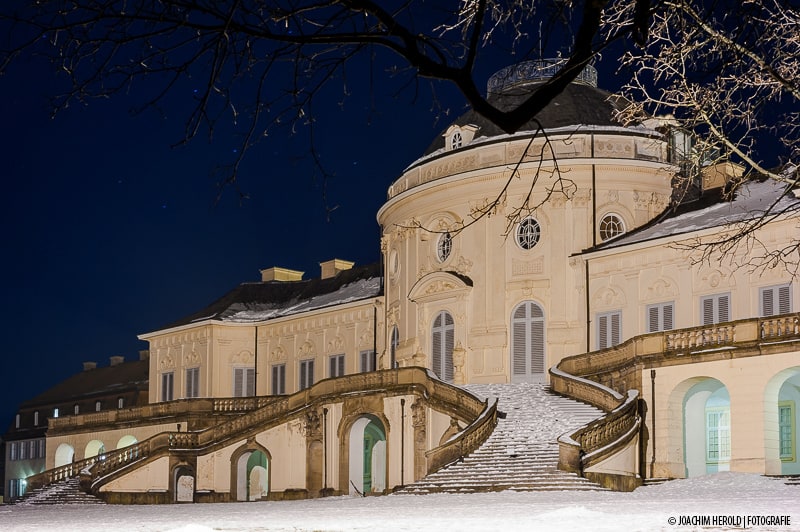 Now in the evening, the lock is set with lots of light in the scene so that it is visible from afar. For photography, the course is a beautiful thing, because then I need no light itself with out take. And the snow is not so often here in the winter does the rest and reflect the light of the spotlight from above.

A photographic tip for you:
Snow reflects light very strongly, so that most cameras have problems with the metering and expose false. Therefore, use the manual mode and set the exposure for yourself. Then they have control over and can easily correct.
Good luck there!

more themes and links:
–The small Katta – A visit to the Dresden Zoo

Use your mouse to scroll for more! P.S. This is a custom message ;)
Okay